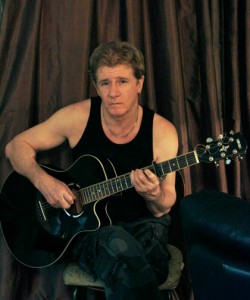 Michael Spillane was born in Swansea, South Wales, and has a broad and eclectic background both in the arts and natural sciences. Together with his early interests in botanical science and the natural world, Michael pursued his love of the arts. He studied classical drawing and painting techniques and botanical painting and holds a diploma in illustration and design. Whilst living in Britain he also studied classical guitar and has recorded and performed widely. Michael worked in publishing here in Canada, and has held positions of editor and art director for two Canadian national magazines. He has written over 300 articles worldwide. As an art instructor, Michael has taught courses and workshops at Visual Arts Mississauga (VAM), Burlington Art Centre, Guelph School of Art, Toronto Botanical Gardens, Southampton Art School and Hardy’s Hobbies & Crafts in Madoc, Ontario. He has been teaching and operating his own studio in Mississauga now for over nine years (Spillane Studio of Fine Arts). His artistic style for the most part is based in realism, in particular, detailed and accurately rendered botanical paintings and classical still life vignettes. He works in oil on canvas on a fairly large scale and also paints smaller still life subjects on linen canvas and wood panels. Also following in the footsteps of the early Victorian plant collectors, he uses watercolour and various drawing mediums to capture detailed botanical works on a smaller scale.